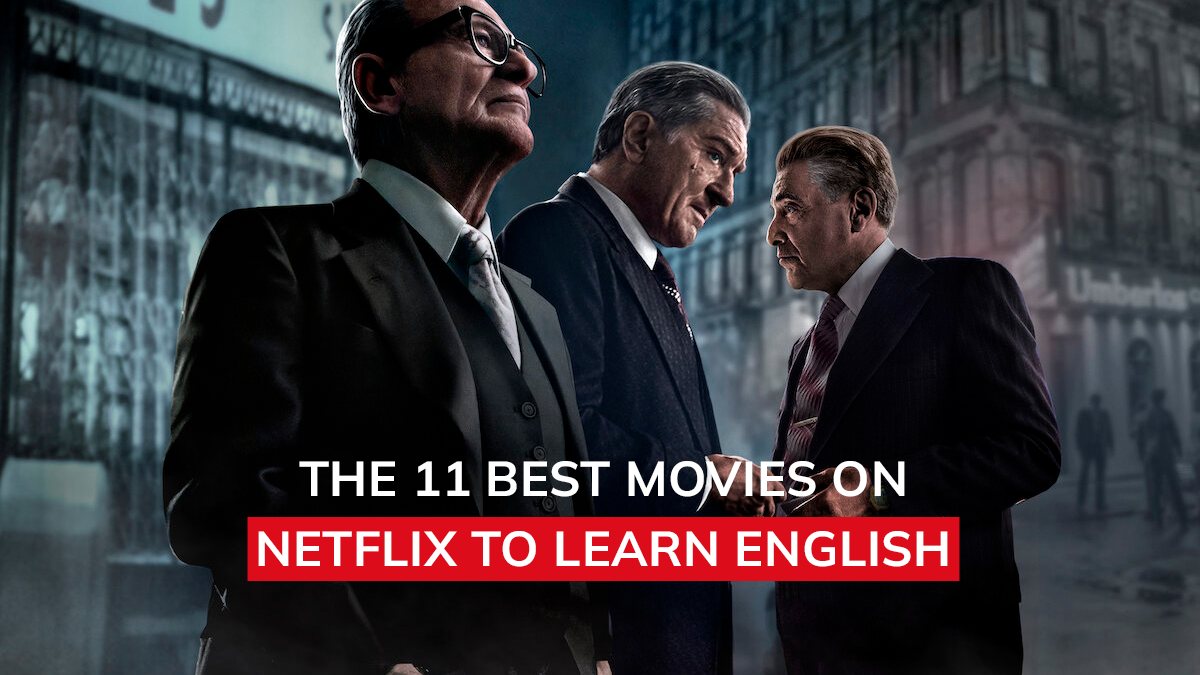 If you are looking for fun new ways to improve your English, then you should consider watching great English language movies.

Exposing yourself to the language in this way allows you to pick up the natural usage of words and phrases, slang, colloquialisms, curse words, and more!

In this post, we will break down our top 11 picks for movies on Netflix to learn English and detail the learning content in each.

We will also demonstrate how watching great movies is a valid and efficient way to develop your English language proficiency.

1. If Beale Street Could Talk

The first movie on our list, If Beale Street Could Talk, tells the story of a pregnant woman, Tish, who seeks justice for her fiancé, who has been wrongfully imprisoned.

Based on James Baldwin's novel of the same name, this romantic drama movie explores themes of racism and corruption in the American judicial system.

This story is set in 1970s Harlem and is brought to life by the excellent performances of its ensemble cast, including Kiki Layne, Stephan James, Colman Domingo, Teyonah Parris, and more.

The movie was nominated for three Oscars, one of which Regina King won for best actress.

You will learn some American history as well as vocabulary relevant to topics of justice, police brutality, race, discrimination, and social politics.

As the threat of Nazi occupation looms over Britain, its new Prime Minister, Winston Churchill, must rally the country to fight back and maintain freedom and democracy.

It is one of the best movies on Netflix right now for learning English culture and history as well as developing your language skills.

You will pick up new words and phrases related to war and politics, as well as some Briticisms, such as using the word "terribly" to mean "very."

This psychological drama was written and directed by Maggie Gyllenhaal and stars Olivia Coleman, Dakota Johnson, and Jessie Buckley.

The Lost Daughter was Gyllenhaal's directorial debut and was based on Elena Ferrante's novel by the same name.

In The Lost Daughter, Leda, a middle-aged professor, meets Nina, a mother, and her young daughter on vacation in Greece.

Nina is growing wary of motherhood and struggles with the young girl. This brings up old feelings of guilt in Leda from her own experiences as a mother.

You can watch The Lost Daughter to practice vocabulary related to gender and family.

Explore themes of womanhood and motherhood and consider how a mother's mental health can impact an impressionable young girl.

This movie is set in 1877 Wyoming, after the American Civil War. It tells the story of eight strangers seeking refuge from a blizzard in a stagecoach stopover. Our characters include a bounty hunter, a fugitive, and a sheriff. Drama and tension ensue.

This movie will teach you a little about the American Civil War, and the social unrest that existed in the country decades ago.

Moreover, as this movie is almost entirely conversation-based, with very little action until the end, it is a great pick for intensive listening practice.

5. Monty Python and the Holy Grail

Directed by Terry Gilliam and Terry Jones, who also feature, the Holy Grail is an iconic surrealist film by the British comedy group who called themselves Monty Python.

This movie is a satirical re-telling of the King Arthur legend and the Knights of the Round Table.

With a musical number, modern-day slang and significant plot changes, this version of the famous tale is one you have never experienced before.

The Holy Grail is hailed as one of Monty Python's best movies and, while it is not an accurate telling of the Arthur legend, there is still learning content for language learners.

You can pick up Briticisms and colloquialisms and practice listening to various English accents.

Directed by Jeff Orlowski, The Social Dilemma deals with the effects of social networks on the human psyche.

This is one of the more unique and informative of the Netflix movies we recommend, as it features tech experts issuing warnings about their own creations.

This is the best movie on the list to watch for vocabulary relating to technology, social networking, and the human condition.

Apollo 10 1/2: A Space Age Childhood is a family-friendly coming-of-age animated feature film. It is a moving and beautifully made example of the genre.

Animation, when done well, can be truly transportive, and this film makes you feel as if you are in the control room and the rocket with the characters through its stunning visuals.

This is one of the best movies for learning English on Netflix as it is easy to watch, so you can focus on the language and not get lost in the plot.

If some of the other movies on this list seem too heavy or complex, kick start your English listening practice with this sweet film.

As this story is told from the perspective of a young boy, the language used is simple and appropriate for beginner and intermediate English learners.

This 2017 drama movie about living with an eating disorder is a tough watch at times but offers a raw and close-up look at the emotional and physical toll mental illness can take on a person.

Starring Lily Collins, directed and written by Marti Noxon, To the Bone tells the story of a young woman navigating life with anorexia. We see ups and downs, weigh-ins, and treatment centers in this raw and emotional film.

In this Netflix original movie, you will come across vocabulary related to food, health, and family relationships, as well as hopes and dreams for the future.

Remember that if you or someone you love has struggled with an eating disorder, the content of this movie could be upsetting.

This movie is based on August Wilson's 1982 play of the same name which in turn was inspired by real-life blues singer Ma Rainey. Starring Viola Davis and Chadwick Boseman, among others, the memorable performances in this movie are part of what makes it so special.

Set on a July afternoon in 1927, Ma Rainey attends a recording session at Paramount's Chicago studios. However, tensions and temperatures run high as band politics and issues of race come to the forefront.

This movie is a great pick for anyone interested in the American blues music scene and its roots. Ma Rainey’s Black Bottom also deals with the political tensions of the 1920s and uses a lot of colloquial language specific to the characters and time in which the movie takes place.

Advanced learners of English could benefit from this test in listening comprehension.

If you love mafia movies, check out this 2019 film based on the Bufalino crime family in Pennsylvania. This is a fine example of the genre. Drama ensues as secrets are revealed.

With world-famous movie star Robert De Niro fronting the cast, The Irishman also features Al Pacino and Joe Pesci, making it one of Martin Scorsese’s most iconic movies. Few films can boast such an iconic cast.

The Irishman was the fourth most-watched Netflix movie on the streaming service in 2019.

This movie uses mafioso colloquialisms from its early moments and provides good listening practice for Italian American accents and slang.

The Nice Guys is a Warner Bros production starring Russel Crowe and Ryan Gosling, which is a mark of quality in itself.

If you love an easy laugh and the aesthetic of seedy 70s LA, check out this mysterious action-comedy flick.

Practice listening to American accents, pick up some US slang and, if you are an advanced learner, see if you can spot Crowe's false accent compared with the native North Americans.

Immersion in a language is the best way to develop language skills authentically and learn to speak like a native. Listening to native-speaking actors allows you to develop a nuanced understanding of natural language use and different regional accents.

There are countless excellent Netflix movies to choose from, but below we offer a list of 11 top picks that range in genre and plot. Hopefully, there is something for everyone on this list.

If you like the sound of language learning through exposure to great TV and movies, you can also check out Lingopie.

Lingopie offers interactive features, such as digital flashcards for new words, quizzes, and subtitles that you can click on for word definitions when needed. You can binge your way to fluency in no time!

What is the best horror movie on Netflix for beginners in English?

One of the best horror movies on Netflix right now is Hush. This horror-thriller stars Kate Siegel as a deaf writer who must fight off a silent masked killer.

As the main protagonist is deaf, the language used is simple and often signed. There is not an overwhelming amount of dialogue, so this movie is the perfect pick for beginners.

Moreover, It Follows, is one of the best examples of a horror movie Netflix has to offer. The supernatural psychological horror-mystery stars Maika Monroe, Keir Gilchrist, and Daniel Zovatto. Directed by David Robert Mitchell, It Follows takes horror to epic proportions.

What is the best sci-fi on Netflix for learners?

Young fans of science fiction can watch Land of the Lost on Netflix. Will Ferrell battles strange creatures in a parallel universe.

Adult science fiction fans will enjoy The Adam Project, in which a time-traveling fighter pilot teams up with his 12-year-old self. This is one of Ryan Reynolds' best films as it deals with themes of family and love with such warmth.

Which Netflix movies should I watch to learn history?

You can watch Apocalypse Now to learn about a pivotal moment in American history: the Vietnam war. This movie was honored with the Palme d'Or at The Cannes Film Festival in 1979.

Moreover, check out the biopic Mank, which is about the writing of the American classic Citizen Cane. Director David Fincher has an impressive catalog of movies, which have accumulated 40 Oscar nominations.

What is the best ensemble cast sitcom on Netflix?

Netflix boasts countless great ensemble shows as well as awesome movies for learning English. Friends, Brooklyn 99, and The Office are the best examples of the genre. Comedy meets learning potential in The Office's talking heads shots.

Summing Up: The Best English Movies on Netflix

This has been a rundown of the 11 best movies on Netflix for English language learning. We have provided a list with diverse film recommendations and explained what you can learn from each movie.

Netflix remains one of the best streaming platforms for movies and TV shows. However, remember that if you want to learn a language by binge-watching great content, you can't beat Lingopie!

Lingopie's interactive learning features and catalog of TV shows and movies make it the best pick for effective and engaging learning in 8 popular languages (and counting!) 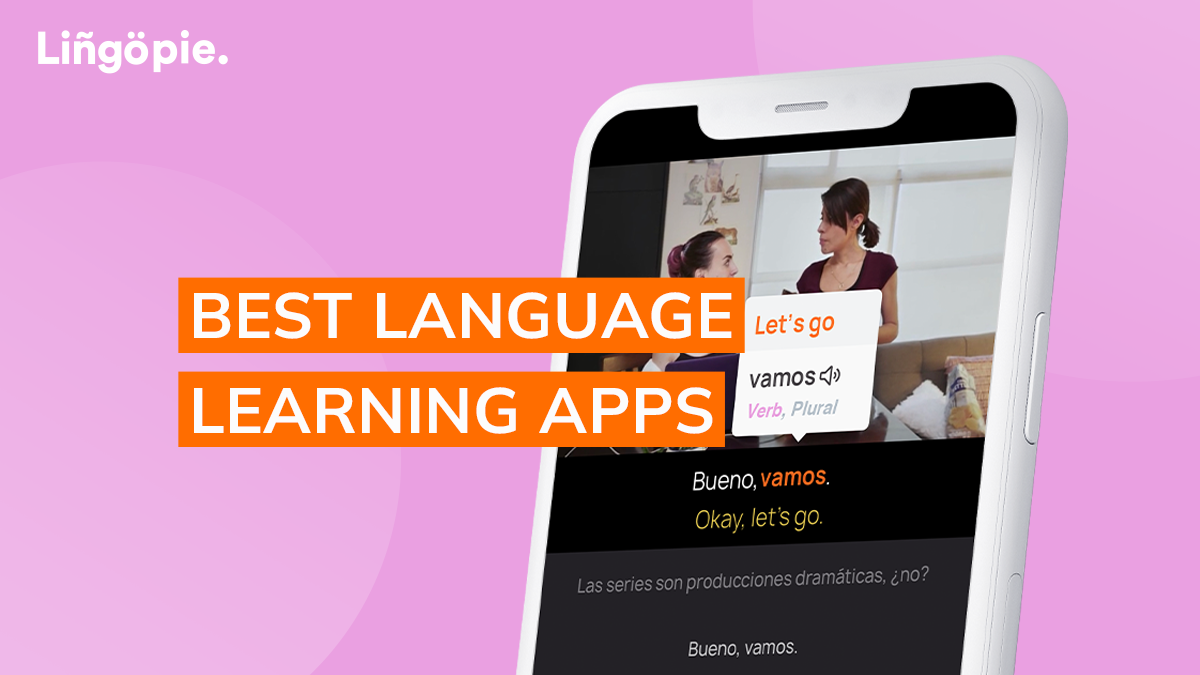 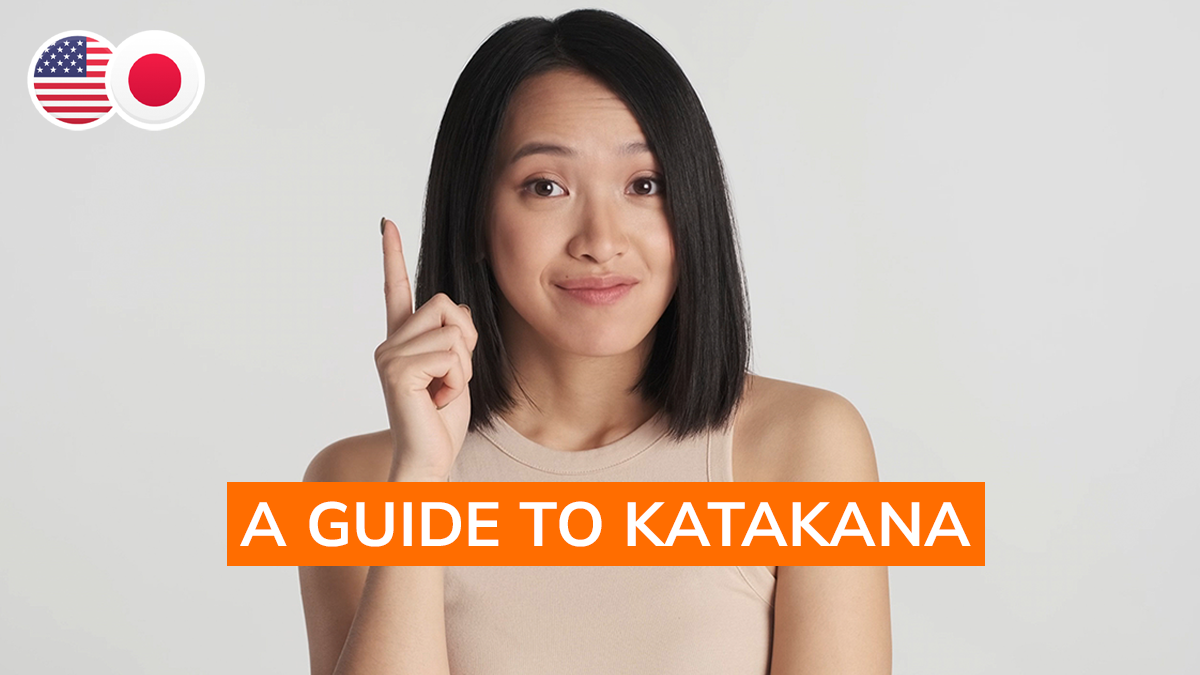 Learn the Japanese Alphabet: A Guide to Katakana (Part 2)