So, you've decided to learn German. Excellent decision! With the exception of studying greetings and maybe mastering how to count, learning body parts in German is an excellent way for any new German-language learner to get started.

Learning the names of body parts in German can also help you better understand how the language works, as many of these words are cognates with English words (as you'll soon see!).

And if you're a beginner student of German, we also recommend our comprehensive guide about the best ways to learn German.

In this post, you'll learn German body parts and how to pronounce them, as well as how to use words for the whole body in context.

Body Parts in German Linked to the Head

This is one of the main parts of the human body and a great place to get started. Your head in German is 'der Kopf' and it is pronounced exactly as you might think - phonetically.

You'll need to know this body part in German when telling someone 'Ich habe Kopfschmerzen' (I have a headache.)

You may also need this word when telling someone to use their head; 'Benutze deinen Kopf!' (Use your head!)

Similarly, just as you would describe pain in the head as a 'splitting headache' in English, there is also a German expression to match this: 'Rasende Kopfschmerzen.'

Besides der Kopf, here are some other body parts relating to the head that are worth knowing, with pronunciation:

You'll notice that a lot of the German words used for parts of the face are very similar to their English counterparts.

For example, die Lippen, die Haare, and die Nase. This makes them all relatively easy to remember!

A useful tip for learning German body part vocabulary may be to try and sing the 'heads shoulders knees and toes' song in German, so you can learn by drilling and repeating.

For example, for 'eyes and ears and mouth and nose...' you would sing 'das Auge und das Ohr und der Mund und die Nase... der Kopf, die Schulter...knees and toes, knees and toes... and so on!

Words for the Body in the German Language

The human body is a complex system made up of many different parts.

The German word for the body is 'der Körper.'

However, focussing specifically on the upper body, the first words you should learn are as follows:

Knowing the words for these German body parts will come in useful if you ever need to describe back pain - 'Rückenschmerzen' or pain in your chest 'Schmerzen in meiner Brust.'

Remember the word 'Schmerzen' as it may come in very useful in pharmacies, hospitals etc, although we hope not, of course!

Below, you will find other German words for der Körper, and everything it contains, along with their pronunciation.

Again, here you can see a lot of similarities between the German version of these words and the English; such as Die Brust, die Schulter, and die Lunge...to name a few. Easy peasy!

Let's take a look at the parts that compromise the arm below.

As you can see, some words are translated exactly the same as in English.

For example, for die Hand and der Finger, all you need to learn is the corresponding article (der, die, or das).

The leg in German is 'das Bein,' and the plural form of the legs being 'die Beine.'

Knowing how to talk about the leg in German, and all the surrounding parts will come in useful when describing any pain, or wishing someone to 'Hals und Beinbruch!' (Break a leg!) This is probably one of our favorite expressions in English!

Below are all the body parts that belong to 'das Bein' in German, including singular and plural forms of these body parts.

Again, there are many similarities between the English words for these parts of the body and their German translations.

If you need a little help with some of the harder names for these parts of the body, start memorizing some German sentences to remember them.

The systems of the body in German

The human body in German is 'der menschliche Körper.' Yes, you read that correctly. We really hope you love this language as much as we do!

As I'm sure you're already aware, our very own body has many systems in place to keep us ticking.

Knowing the words for these different systems is useful for if you go to the doctor, or if you're planning to study a related Science degree at a German University. It's unlikely, but hey, we get all kinds of learners here at Lingopie.

Anyway, here's some of the biology you'll find useful!

Again, there aren't too many differences between the vocabulary for the systems of the body in English vs German, which makes it fairly easy for you to learn!

Just look at the word for the exocrine system in German. It is almost identical to its English counterpart.

Besides reasons like needing to see a German doctor whilst living in the country, it is important to come to grips with common phrases and idioms to reach fluency whilst learning new languages.

By learning the following, will really look like you know your stuff when you talk to others. Just wait for the look of surprise on das gesicht of any native German speaker!

Let's take a look at these idioms. As expected, a lot of the phrases we use in English that incorporate human body parts have a German idiom to match.

Knowing the above phrases will help you whilst interacting with the locals in German-speaking cultures.

However, if you are reading this as a beginner, we would recommend starting with basic vocabulary revision first (such as the body parts alone!)

After all, it's easier to say 'der Zahn' (the tooth) than to say 'Lügst wieder durch deine Zähne' - (lying through your teeth again!)

Once you have mastered parts of the body, move on to more conversational German, before nailing the phrases and idioms. Idioms are usually introduced to those at more of an intermediate level of the language.

That said, now you're a whizz at German body parts, there's no harm in practicing them!

There are several different ways to learn parts of the body in German.

Gone are the days in which we need to look words up in a dictionary. This is time-consuming, boring, and monotonous.

With Lingopie, you can choose to learn German by listening to German music, and watching your favorite German TV shows. When you get more advanced you can try learning German by watching Netflix shows.

As the number one immersive-learning language app, Lingopie brings you all the songs, television programs, lyrics, and translations at the click of a button.

Listen to the songs, watch your favorite German movies, follow along and immerse yourself in the German language and culture.

How can Lingopie help you?

Learning German has never been so easy. With Lingopie, you can translate any word at the click of a button.

You can also listen to different dialects in German as well as different accents.

Understanding different accents and dialects whilst learning a new language is key to gaining fluency. Lingopie can help aid this process in a fun and enjoyable way.

Not only will you be able to improve your pronunciation and listening skills, but you'll also be able to pick up new vocabulary and get a feel for the rhythm and flow of the language.

Similarly, Lingopie has a wide range of other fun and interactive activities on offer to help your German language learning process.

Whether you're learning body parts and greetings or German possessive pronouns and reflexive verbs, Lingopie has a wide range of activities for you to go over all the German grammar your heart desires.

Summing up: Body Parts in German

Overall, learning the names of body parts is one of the most essential things you can do when learning German (or any language for that matter).

Not only will doing so come in handy in everyday situations, but it will also help you to understand how the language works.

By now you should be familiar with how to say and pronounce different body parts in German. You should also feel a little more confident using them in context.

With the right attitude and determination, you'll be speaking like a German before you can tell anyone to keep their eyes peeled! Or should I say.. halte die augen offen!

Good luck, and enjoy the process! 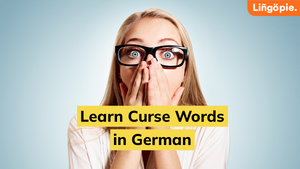 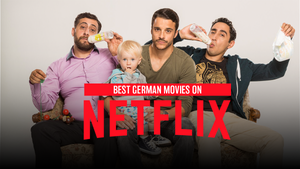 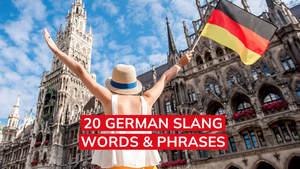 20 German Slang Words & Phrases You Need to Learn (with Context) 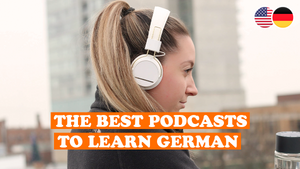