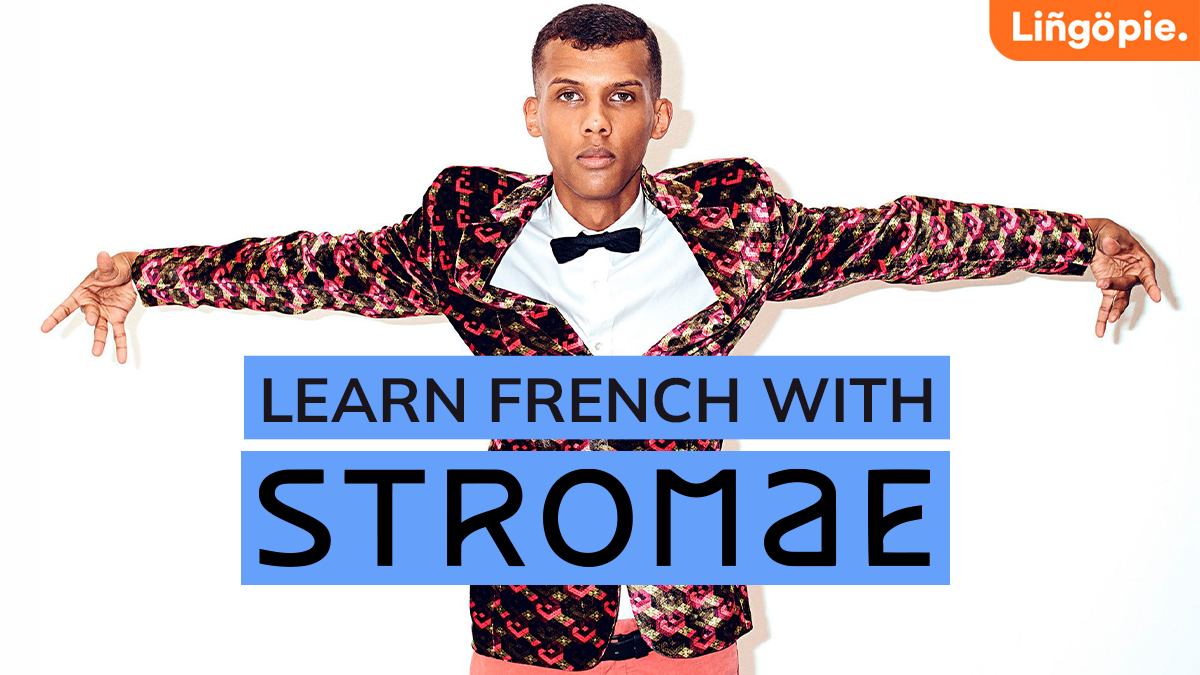 Have you ever used music as part of your French language learning journey? If so, great! You are on the right track, as listening to music in a foreign language is a wonderful way to learn new vocabulary whilst also having a bit of fun.

French speaking countries have many well-known music artists. You may be familiar with a few or maybe you don’t know any- either way is completely fine. If you like, you can now have a browse of some popular French singers on this playlist Lingopie has put together.

On this playlist, you will find a variety of top French songs with genres ranging from hip-hop and pop to classic French hits. Listening to music in French is a very effective way of picking up new vocabulary and slang terms. With Lingopie music you will also have the option to click on any of the lyrics in the music videos and you will immediately learn their meanings as well as grammar.

Stromae is one of France’s most loved music artists. In fact, his music is quite well known worldwide. You may have heard his viral hit ‘Alors on Danse’ in a nightclub or on TikTok. But who is he really? What is his music about? And can you use Stromae’s music to learn French? The short answer is yes, absolutely!

In today’s post we're going to get to know Stromae a little better, look at some of his lyrics and find out how to learn French with some of his songs.

So who is Stromae?

Although he is famously known as “Stromae”, his real name is Paul Van Haver. Stromae is a Belgium-born singer, rapper, songwriter and producer. He is easily memorable for his quirky fashion sense and unique hairstyles. (You may want to watch a few of his music videos).

Stromae has established himself in both the hip hop and electronic music genres.

His 2009 dance hit ‘Alors on Danse’ hit number one in the charts across Europe and worldwide. Two other of his most popular songs are ‘Papaoutai’ and ‘Formidable’.

In more ways than one, Stromae has acted as a cultural ambassador for French speaking countries. It isn't common for songs written in French to become so well known abroad, but Stromae definitely burst his way into the US and European music markets with success.

Why should I learn French with Stromae’s songs?

One of the reasons why Stromae is so popular and loved is because no topic is off limits in his music lyrics. He is definitely not afraid to tackle complex subjects in his songs.

For example, his number 1 hit “Alors on Danse” has a happy beat, but the lyrics are actually about life’s problems (divorce, famine, debt) and how societal norms are thrown upon us leaving us depressed and miserable. Dance is then used as a way to release the stress of all these problems.

In the music video of his single “Tous les Mêmes”, Stromae is partly dressed as a woman, and the song explores the common female negative stereotypes about men. Essentially, his message is that no relationship is perfect, no matter the gender.

Stromae’s “Papaoutai”, (another upbeat song), explores the heartwrenching reality of growing up without his father’s presence. Stromae’s father was killed during the genocide in Rwanda. At the start of the song Stromae pleads with his mother to tell him where his father is.

If you listen to this song without understanding a word of French, you would never think it is about a sad subject, because the beat is uplifting and cheery. Stromae’s lyrics can really play with our emotions.

How many artists manage to convey this in such a style nowadays? Not many. This is why Stromae is so well respected.

Can I learn French with Stromae’s songs?

Now for the big question: Can I learn French with Stromae?

Is his French easy to understand and are his lyrics good for French learning? Thankfully, yes!

One of the best things about Stromae is that he tends to articulate his words clearly when he sings. I find him particularly easy to understand when I listen to his songs. In fact, if you ever learnt French in school, you will know that Stromae is usually one of the artists most teachers recommend listening to.

Sometimes Stromae sounds as though he is talking rather than singing in his music. This makes the words easier to identify. Another thing you will notice is that Stromae uses a lot of repetition in his music to help get his points across, particularly in his chorus’. This will help you to remember vocabulary.

How to learn French with music

Before we get into his lyrics, let’s discuss how you can actually use music to help you learn French. The first step is obviously, to listen to the song. You can do this two or three times to begin to get used to the words and the sounds being sung. If you can’t really decipher many of the words, that’s okay.

The next step is to look up the French lyrics to the song. Read through the lyrics and note down any words you are unfamiliar with. You can look up their meanings later. When you have read the lyrics through, play the song again whilst reading the lyrics. Are the lyrics easier to understand now? Are you able to follow the words? Make sure to look up the meanings of any unfamiliar words now.

The last step is the fun part: to sing along with the lyrics! Our brains are hardwired to remember words through song. Especially catchy ones (like Stromae’s). Try to follow along with the singers’ words. Really focus on the pronunciation. You may come across some slang terms too which is a good thing because these are a big part of the French language.

Now let’s take a look at some of Stromae’s lyrics:

Papaoutai
If we analyze the title of the song ‘Papaoutai’, there is actually some wordplay as ‘papaoutai’ isn’t actually a word. Rather it is a malapropism: ‘Papa où t’es’ (dad, where are you?)

Here are some lyrics from his song ‘Papaoutai’. Without looking at the English translation, how many words are you familiar with? Can you understand what is being said?

Tell me where’s your dad?

Without even having to talk to him

Tell me where you’re hiding

I must’ve counted my fingers

At least a thousand times”

Formidable
Let’s now take a look at Stromae’s popular song ‘Formidable.’ If you watch the video for this song, you will see Stromae walking around the streets of Brussels pretending to be drunk and disheveled in broad daylight. The aim of the video is to portray the devastating effects of heartbreak on a person. Stromae has been very much praised for his vulnerability in this clip.

Throughout this song Stromae repeats in the chorus (referring to his ex) :

Tu étais formidable, j’étais fort minable/ You were wonderful, I was very pathetic

Again, he plays with words here as “fort minable” sounds very much like “formidable.”  Here is a verse from the song:

I don’t want to hit on you, I promise, I swear

I am single, since yesterday, fuck!

hey come back!5 minutes, what? I didn’t insult you, I’m polite, courteous

And a bit hammered, but for the guys like me

You have other things to do, you should have seen me yesterday”

There are two slang terms in this song worth picking up on:

‘draguer’: to chat up/ to flirt

Says “til death do us apart” and says divorce.”

Can you note the pessimism in Stromae’s lyrics? There are also some slang terms in these lyrics. Take note of these:

Now why not look up some of Stromae’s other songs, and try to learn some new French vocabulary whilst singing along to them?

Stromae is a great music artist to help you learn some French. His lyrics are meaningful, thought-provoking and he speaks French clearly which helps learners to understand the words.

Looking up the lyrics to a song and following along whilst listening to the lyrics is a very effective way to practice your French speaking. It is also important to look up any unfamiliar words along the way. You may learn some slang terms.

If you want to further your French listening skills, we have a large selection of French series, documentaries, movies and many other videos at Lingopie. Many people learn French much more rapidly through listening and watching videos rather than just reading textbooks.

Keep up your French learning! Nicole is a copywriter who specializes in blog and web content writing as well as editing. She is a Modern Languages graduate and teaches a variety of subjects. Says she can't sleep without socks on. 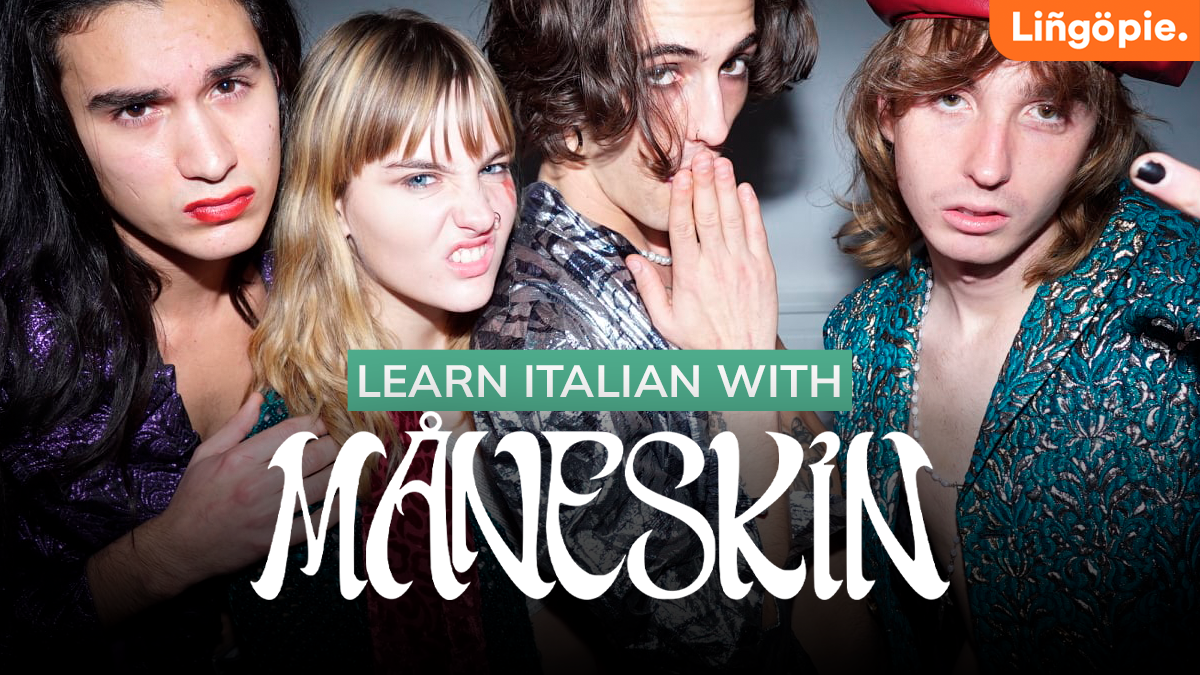 Learn Italian with Måneskin: What is Måneskin Singing About? 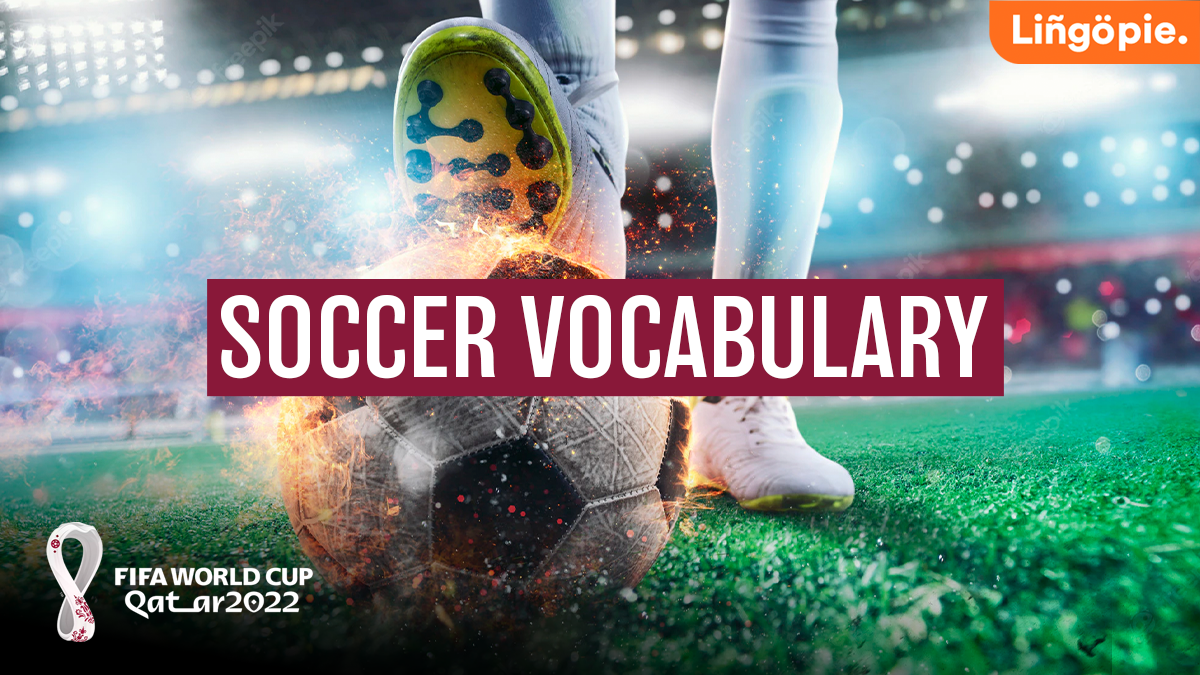 Know Your Soccer Vocabulary for the 2022 World Cup 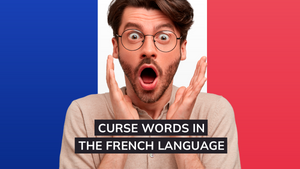