If you are learning Korean but feel overwhelmed by Hangul, the Korean alphabet, then don't stress. In this post, we will walk you through learning Korean symbols and help you understand the beautiful writing system of Korean texts.

We will also discuss the Korean alphabet, how to use Hangul characters to form Korean syllables, known as syllable blocks, Hangul consonants and vowels, and Korean pronunciation.

If learning Korean interests you, try out Lingopie, a foreign language streaming platform designed for Korean learning. You can use Lingopie to learn Korean culture, begin to speak Korean, and practice your Korean skills of listening, reading, and writing with dual Korean and English subtitles.

An Overview of Hangul - The Korean Alphabet

The Korean alphabet is used in both North Korea and South Korea and is the official Korean writing system.

However, there is also Romanized Hangul, which is when Hangul words are written in the Latin script (English letters), which can be helpful for beginners. For instance, Hangeul is Korean for the word "Hangul", written in the English alphabet.

💡
Unlike English letters, Korean letters are not written in a line. Rather they are grouped into syllable blocks. These blocks are written left to right, the top line then the bottom line, and make a square of consonants and vowels that represent one syllable of a word.

For instance, 한글 makes the Korean word Hangeul, or "Hangul", the English translation.

How many letters are there in the Korean Alphabet?

There are 24 letters in the Korean alphabet, 14 consonants, and 10 vowels. Once you've learned the 24 Korean characters, you'll be able to form a syllable block, and from there, a word, a sentence, and so on.

When you break it down to just 24 basic letters, it doesn't seem so daunting.

We recommend you start by looking at a Korean alphabet chart online.

Korean learners can study Korean consonants by relating them to familiar sounds in their own language.

For instance, there are sounds in the Korean language very similar to our English consonant sounds, except for F, R, V, and Z, which do not feature in Korean pronunciation.

Moreover, some sounds, like Q, W, X, and Y, can only be formed by combining two sounds or by adding a vowel.

To learn Hangul consonant characters and their corresponding sounds, we suggest you study a Korean consonants chart.

We have already stated that there are 10 Hangul vowels in the Korean language. There are in fact 10 basic vowels. However, many of these can be combined to make a further 11 Korean vowel sounds.

For instance, the Korean vowel sounds ㅡ ("oo") and ㅣ ("ee") can join to form ㅢ, which is similar to the sound you make after the "g" in "gooey".

Once again, it is recommended to look up a Korean vowels chart from which you can study the basic Hangul vowels and their sounds.

While you learn Hangul, you might be intimidated by the pronunciation of Korean vowels. However, with helpful charts and audio clips, you'll find most are similar to sounds you make in your own language.

Take the Korean vowel sound ㅙ, for example, which is pronounced like the first syllable of "wedding".

Once you've got the hang of the Hangul basic vowels and consonants, you will be ready to revisit syllable blocks and start writing and reading!

Korean syllable blocks can contain 2, 3, or 4 Korean letters, and always have a mix of consonants and vowels.

Note that all syllable blocks in the Korean language begin with an initial consonant. Note the following:

How to Learn the Korean alphabet: Pronunciation

Korean pronunciation can be intimidating for beginners, but any good Korean alphabet chart online will have an audio clip attached to each of the Korean characters so that you can hear the pronunciation. This is a great way to learn Hangul.

There are some Korean letters that are pronounced differently depending on whether they're placed at the beginning, middle, or end of a word, such as ㄱ ("G").

While others, like ㄲ ("K"), are pronounced the same regardless of where they are placed in a word.

Is the Korean alphabet hard to learn?

There are ways, as we have shown, to learn the Korean alphabet more easily, depending on whether you are more of a visual or auditory learner.

For some people, relating Korean letter sounds to sounds in their own language works at an auditory level, while others like to find a picture in the Hangul letters that reminds them of the sound.

For instance, ㅋ, which makes a "K" sound and looks a bit like a key.

What are the 24 letters of the Korean alphabet?

The 24 letters of the Korean alphabet do not directly translate as letters we use in the Latin alphabet.

You can study these Hangul letters clearly on a chart and they can be broken down into 14 consonants and 10 basic vowels.

How do I memorize the Korean alphabet?

In order to memorize the Korean alphabet, you should first identify which way you learn best. You might benefit from writing the Korean Hangul symbols out repeatedly and saying them aloud as you do, using flashcards, or watching Korean alphabet videos.

Korean language beginners can also use the Romanized Korean language as a way to become more familiar with the sounds before diving into the characters.

What is the easiest way to learn the Korean alphabet?

The easiest way to learn the Korean alphabet is to start with basic letters before you move on to double Korean vowels and more complex sounds.

Rather than tackling all the Korean letters at once, learn the consonants and then the vowels separately. Finally, as childish as it might seem, the Korean alphabet song is worth listening to.

How do I start to build my Korean vocabulary?

To learn Hangul, you'll begin with Korean alphabet letters, build to creating a Korean syllable, and eventually learn to form a Korean word with one or more syllables.

The History of The Korean Language: From where does it derive?

The Korean alphabet was created by Sejong, the fourth king of the Chosŏn dynasty, in 1443 to improve literacy.

Hangul letters were introduced to the Korean public in 1445. Before this, they used classical Chinese characters that expressed similar sounds to Korean sounds but were hard for the illiterate masses to use.

At the time, many scholars believed Hanja (the Chinese characters) was the only legitimate writing system. So, it remained the main writing system of the elite class for 500 more years.

In 1970, South Korea officially stopped using Chinese characters in official documents and now in schools, they only learn Hangul.

Hangul can express more sounds more accurately than any other writing system in the world and is designed to be accessible.

The Korean language is the official language of South Korea and North Korea, but in the latter, it is called Chosŏn.

Summing up: How to learn the Korean alphabet

This has been a brief guide to understanding the Korean alphabet. We have discussed Korean letters, how to form syllable blocks, and how to learn Korean alphabet pronunciation.

We now know that the Korean alphabet was designed to be learned easily, is highly expressive, and is the primary alphabet used by native Korean speakers.

There are some Korean alphabet rules that we have discussed, such as the need for final consonants on Korean words with more than one syllable.

It is a very scientific alphabet but was created to be accessible, so once you understand the basic rules, you should be able to read Korean at a beginner level, and can even begin writing Korean.

While you learn Hangul, you'll be exposed to many Korean words, and once you have mastered the alphabet, you will already have a solid foundational vocabulary.

Remember, if you want to learn Korean, sign up for Lingopie's great streaming service where you can watch Korean TV and movies. We even have a post listing the best K-Dramas to help your studies.

Exposure to a native Korean speaker in a show will help you learn to speak Korean, learn Korean culture, and even read Korean, via subtitles. Your Korean learning journey begins here! 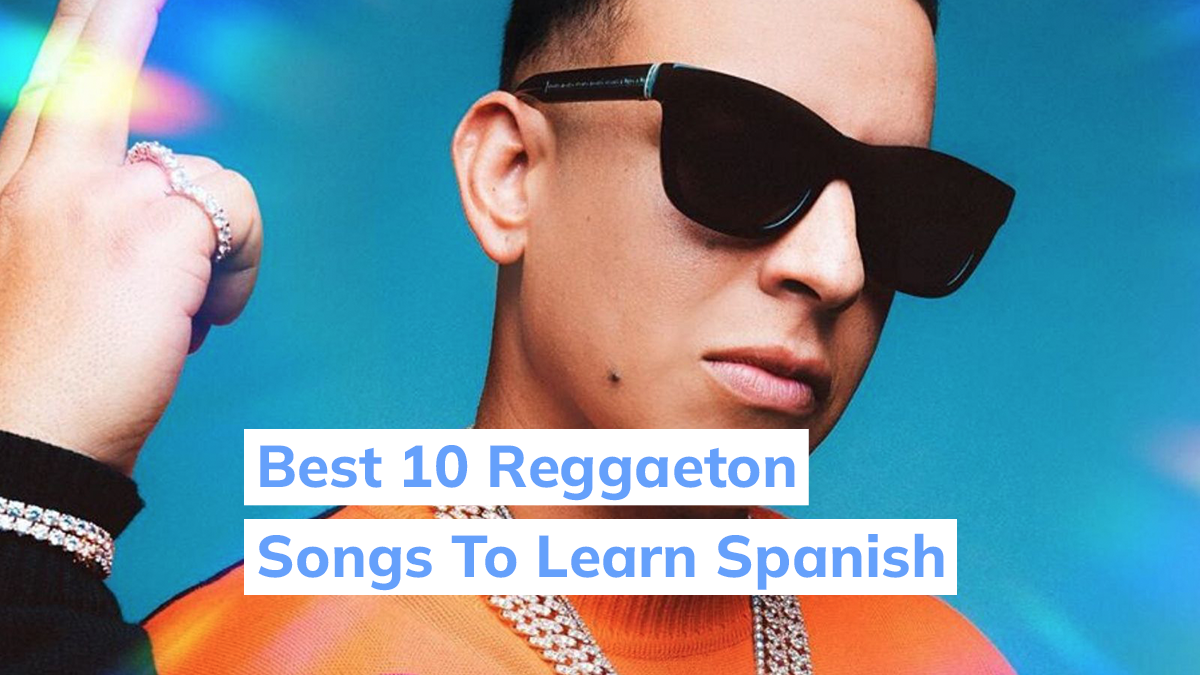 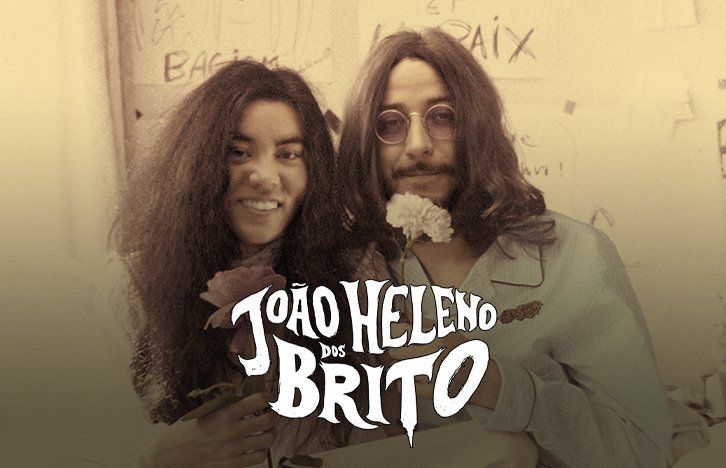 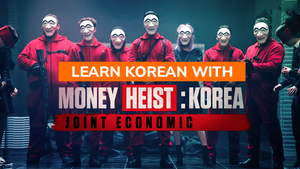 A Guide to Korean Verbs for Beginners 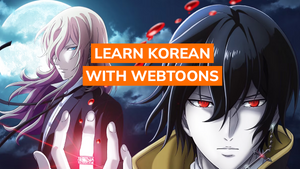