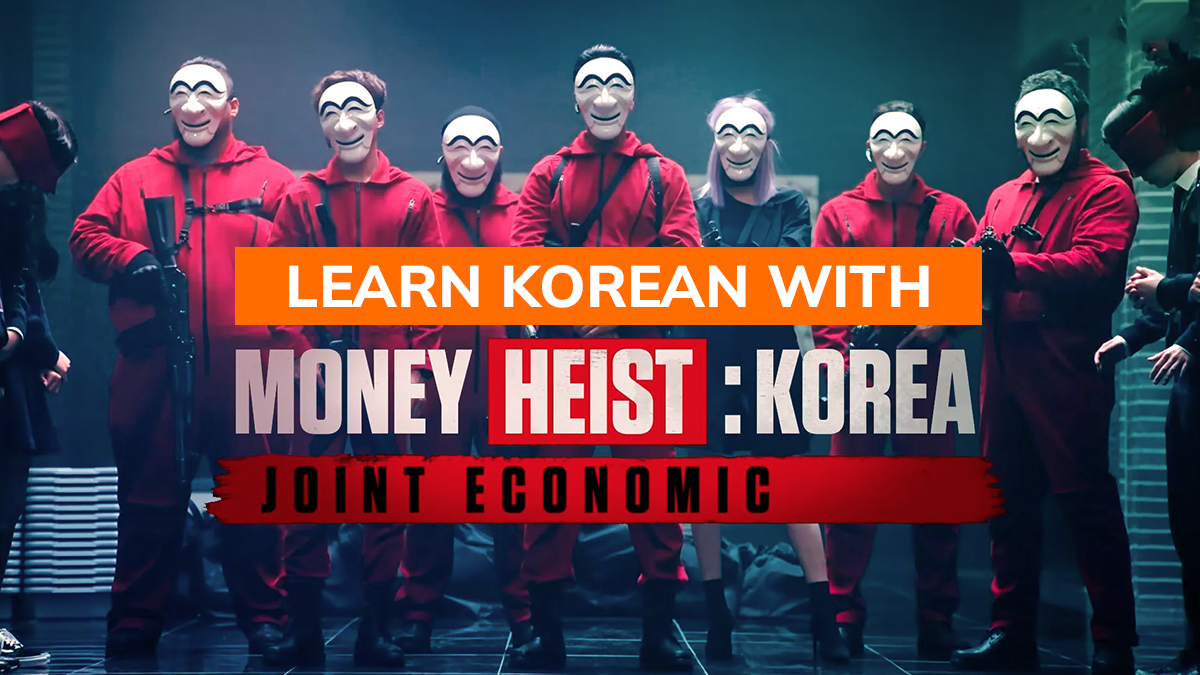 If you want to learn Korean and have fun while doing so, you should check out Money Heist Korea: Joint Economic Area on Netflix.

But before that you might want to check out some beginner lever information on Korean. If so, we recommend our simple but comprehensive guide to Hangul (the Korean alphabet).

If you've already mastered Hangul maybe the next step could be getting the gist of Korean verbs and how they work.

Money Heist Korea: Joint Economic Area is an exciting show and its first season follows a heist team of highly-skilled criminals in their attempt to pull off the theft of 4 trillion won.

In this post, we will discuss how streaming Korean TV can help you learn the language, then dive into the synopsis, characters and what the show can teach you about Korean.

Money Heist Korea: Joint Economic Area season 1 is ideal for language learners as it is just six episodes long and full of drama, making it binge-worthy and thrilling to watch.

Binging a foreign language TV show is a proven method for language learning, as the brain absorbs the pronunciation, vocabulary and grammar naturally, similar to how a newborn baby learns its mother tongue.

💡
Learning the structure of a language organically is the brain's preferred method, rather than studying grammar or vocabulary lists in isolation. Moreover, watching TV is far more entertaining.

Money Heist Korea: Joint Economic Area is a great starting point for your Korean language learning journey as it is very engaging and hard to stop watching once you have begun.

Allow yourself to get lost in the world and immerse yourself in the language. Use English subtitles to make the show accessible.

If you want to know more about how to use TV to learn a language we recommend this awesome guide to learning Spanish with La Casa de Papel — the show that originated Money Heist Korea: Joint Economic Area.

The original Money Heist was the Netflix series La Casa de Papel. The Korean remake is a spin-off of the Spanish heist series and the characters are inspired by their Spanish counterparts.

In Money Heist Korea: Joint Economic Area season 1, North Korea and South Korea unify to form a joint economic area. When she hears this, a soldier in the North Korean army leaves the North to find work in the South.

However, capitalism and the influx of cheap labor from the North force her to turn to a life of crime to survive.

A year into killing loan sharks and stealing their money, a mysterious man who calls himself The Professor recruits her, along with a gang of other criminals, and concocts a plan for them to commit a 4 trillion won money heist.

The response from a unified Korea is to send South Korean crisis negotiation leader Seon Woo-jin and North Korean captain Cha Moo-hyuk to retrieve the hostages trapped inside the Mint and stop the thieves.

However, what Woo-jin doesn't know is that the Professor's identity is that of her boyfriend, Park Sun-ho.

Like their original counterparts, the members of the Korean heist team give themselves pseudonyms. We have:

What Money Heist: Korea Joint Economic Area Will Teach You

By watching Money Heist Korea, you will develop your listening comprehension, build vocabulary, and even pick up on Korean culture.

There are many useful words and phrases in the show, as well as some that are more heist-specific. Some examples can be found below:

Money Heist Korea will expose you to some aspects of Korean culture, such as common foods eaten at home and in cafes, and even attitudes toward capitalism, single mothers and other societal differences. Moreover, the thieves wear traditional Korean masks.

Fact vs Fiction: Union of North and South Korea

In Money Heist, the two Koreas form a unified Korean Peninsula with a common currency and open borders. The show is set in the near future with the action taking place in the fictitious joint economic area by the North Korean border.

This is where the Korean adaptation strays dramatically from real life. In reality, we are far from seeing a unified Korea in which North Koreans work alongside their southern neighbors. In Money Heist, the task force is comprised of people from both countries.

By watching Money Heist Korea: Joint Economic Area, you will be exposed to the Korean language, vocabulary and pronunciation, as well as the culture and values held by North and South Koreans.

Moreover, this is excellent practice for listening comprehension and a natural way for your brain to absorb a foreign language.

Money Heist Korea and the original Money Heist, La Casa de Papel, are available on Netflix. If you want to stream more great Korean TV, you can check out Lingopie.

This is a streaming service designed to help you learn a language by binge-watching foreign-language shows. Don't stop with Money Heist, explore a world of fascinating Korean TV and movies and watch your language acquisition continue to develop.

If you want tips on what to watch next check out our post about the best shows to learn Korean.

There will be a second season of Money Heist Korea: Joint Economic Area, but no release date has been announced yet. 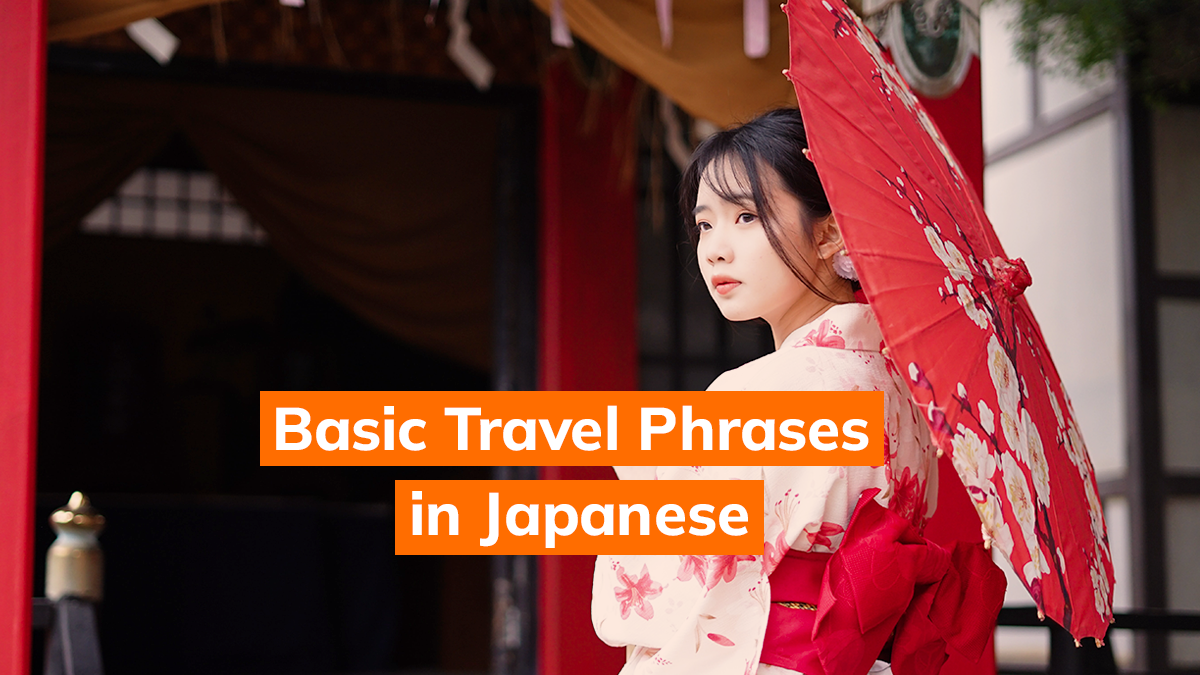 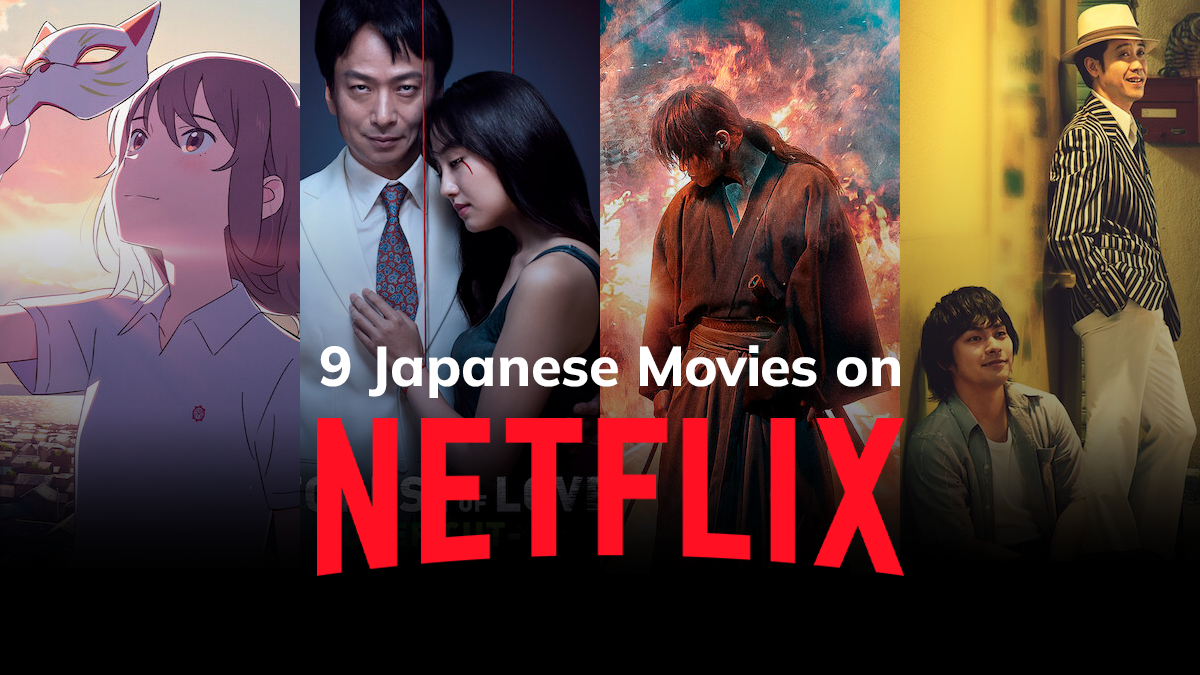 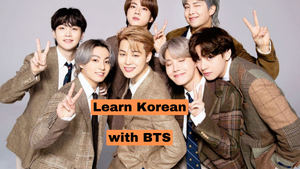 Learn Korean with BTS: What is BTS Singing About?